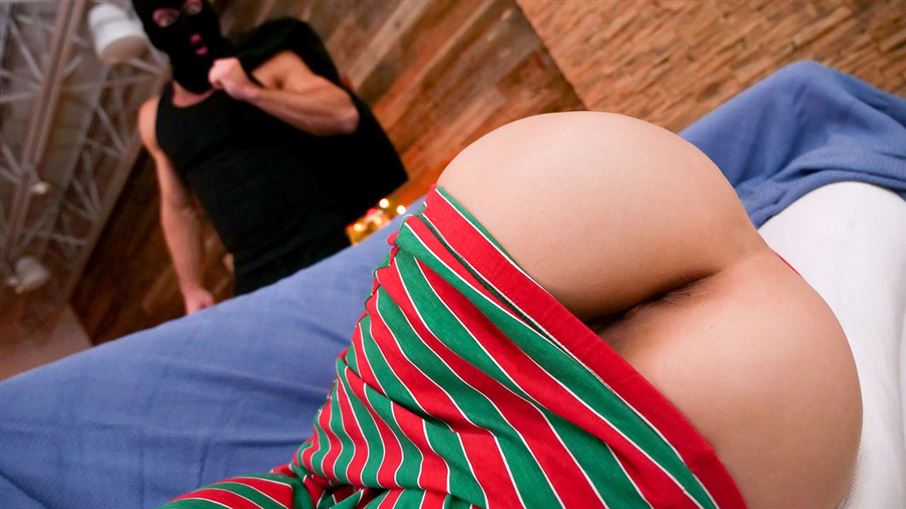 Jillian Janson wasa horrible year. Everything that could go wrong did go wrong but she was still hopeful that there would be some sort of silver lining to her cloudy days. She decided to write Santa a heartfelt letter outlining how good she has been and how she could really use something special to reassure her faith in humanity. She fell on her couch in her most comfy xmas themed pajamas and her tight little booty hanging out wwaiting for santa that night. She was awakened by the sound of a man choking, She was hoping it was Santa so she rushed to his rescue. Jillian did not realize it was a thief trying to steal her presents, so of course she was super nice about it. Even though the thief had a heart of coal, he decided to return the favor to this cute little blondie by doing exactly what she asked in her letter which was coming in the back door! This thief ferociously gaped Jillians tight asshole until he hit her with some ATM in order to suck out his huge load. Regardless of the entire situation, Jillian was feeling much better about her rough year and cant wait to see what the ne…