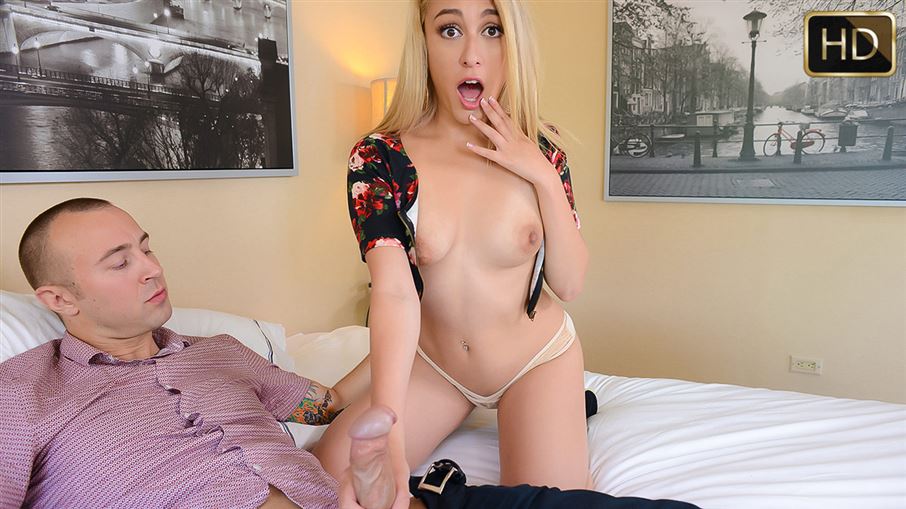 The super hot and willing teen Alexa Raye is headed over to her stepsisters place to help her and her man with some surrogacy. Alexas stepsister had been trying for years to make a , but they always came up short. Alexa has a very fertile pussy, and offered it to help them out! She arrives at her stepsisters home, but only her man Chad is there. He explains to her that they will do it the old fashioned way, dick in pussy with no condom. Alexa was skeptical, especially since her stepsister said she wanted to be there, but every second was less of a chance of becoming impregnated. Chad whisked Alexa off to the bedroom and crammed his girthy cock into her warm tight pussy. After pounding it up something fierce, Chad popped out what was sure to be the perfect baby bearing load. After the nut, Alexa asks again when her stepsister will be home, and Chad spills the bad news. They actually broke up! He swindled this girl into dirty unprotected sex! Looks like its time for Plan B!