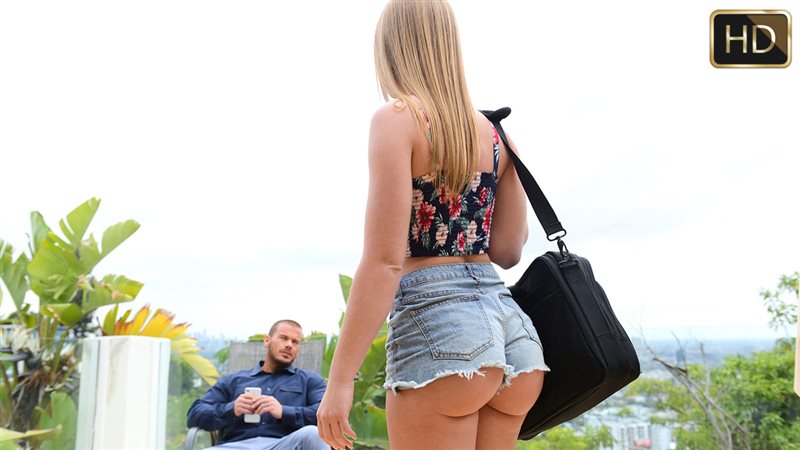 Daisy Stone is a hot independant babysitter who has a lot on her plate! Not only does she babysit full time, but she is also in school full time. Its a lot to handle, but Daisy has learned to make it work. After the kids were sent to their rooms, Daisy started to study a bit, only to be interrupted by a phone call. It was her schools tuition office, and they were about to all of her classes unless she got the cash owed to them by the end of the day. Daisy began to panic, but luckily her client overheard the situation. When her shift was over and he handed her the payment check, she noticed there was a lot more money added and noted as extra services. She wondered what this was all about, and as the client explained things began to get clearer. He wanted to get a taste of that teen pussy, and he was exposing her needs to get it. Luckily, Daisy thought this guy was super hot and probably would have fucked him for free anyway. She did make sure he got his moneys worth though, sucking that dick good and letting him penetrate her as deep as he wanted. He even let her nut on her ass, which …