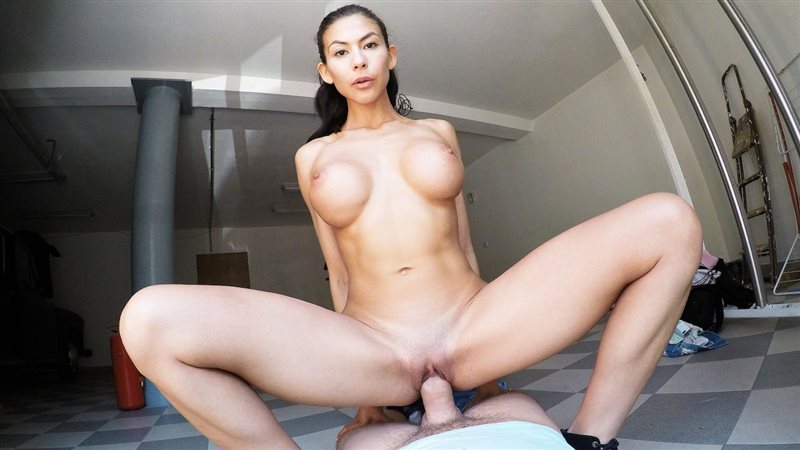 I don”t usually approach couples, but Nicole was so sexy that I had to stop her and her boyfriend. Her boyfriend Petr was a local boy so he was outspoken, but Nicole was a shy American girl with big boobs who didn”t even speak our language. With Petr translating, I told Nicole I owned a modeling agency here in Prague, and asked if I could take some pictures of her in exchange for 300 Euro. Petr was rightfully suspicious, but Nicole worked as a teacher, so she needed the money. We all went to an empty house nearby. I wanted Nicole for myself, so I told Petr to keep watch in case the owner came home. I closed the door behind us and Nicole stripped for me. I couldn”t help but touch her big ass! She was about to tattle when I offered her more money for a quick fuck. We locked the door and as soon as she felt my big cock inside her she forgot all about her boyfriend!