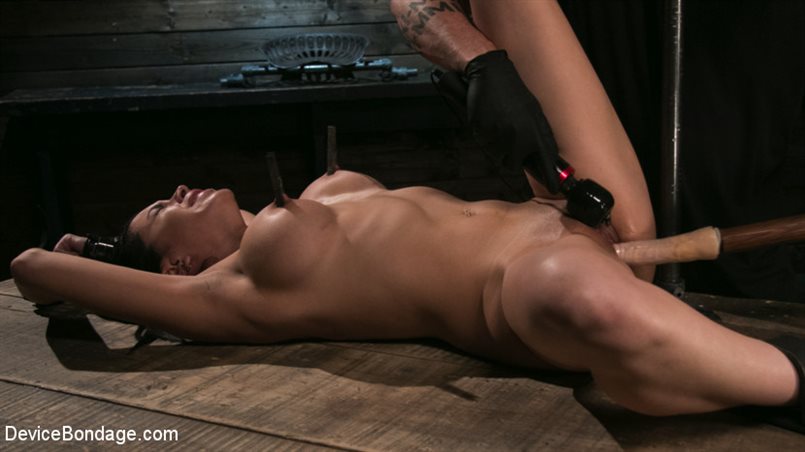 First timers are always so timid. Cassandra Cain had never done a BDSM porn shoot before The Pope got his hands all over this fresh piece of meat. Cassandra has no idea what to expect as she dangles in the middle of the room bound in a straight jacket and leather belts. She is too scared to make a sound but you can hear her hurried breathes as she labors to breath through the sides of the giant ball gag that has been crammed into her mouth. The Pope circles his prey and begins to test the reactions of his captive female slave. He warms her body up with a leather flogger and beats her ass and pussy until they radiate a shiney red hue. Periodically one can hear Cassandras faint cries as the relentless thud of the impact play continues. With her swollen cunt engorged from the beating, The Pope fingers her pussy while vibrating her clit with a hitachi set to maximum power. Cassandras whole body quivers as the first of multiple orgasms are ripped from her unwilling whore hole. Next The Pope puts his masochistic toy on her knees with her ass up in the air. He slowly works her body over with…