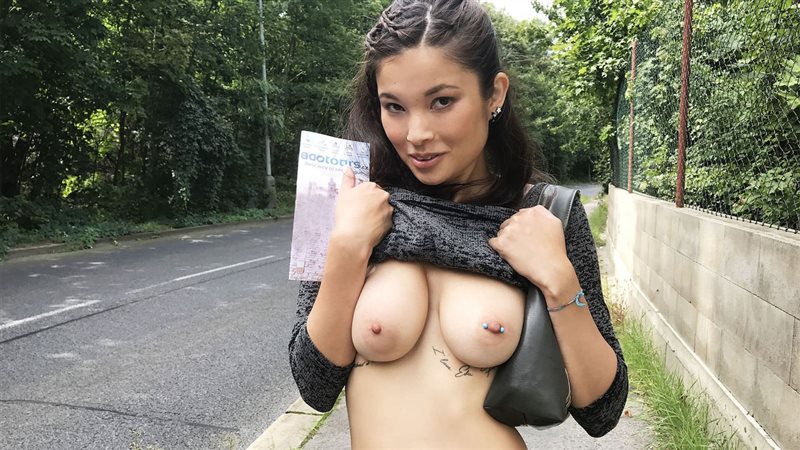 Outdoor sex under a railway bridge

Miyuki Son was wandering around Prague, and from the expression on her face I was sure she was lost. She was on holiday by herself, and barely spoke our language. I tried to explain to her where she had to go, but she was very far away from her destination, and had none of the local currency. I am a man of means, so I offered her 10 000 Czech to show me her big boobs and tight pussy. The sight of her caramel colored nipples and beautiful bush turned me on immensely, so I offered her double to suck my dick. For that amount of money she was ready to do just about anything, so we found a secluded railway bridge and descended beneath it. As she sucked my dick she moaned softly in pleasure, and I could tell she was getting horny. As soon as I suggested we fuck, she stood up, bent over, and opened her legs for my big cock!