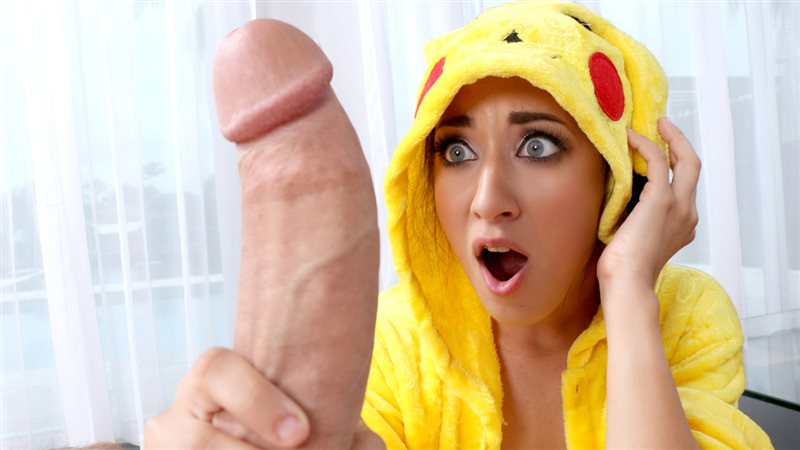 Seans stepson little Tony has been obsessed with this new augmented reality game. Its starting to become a problem so he decides to confiscate his phone for now. After that, Sean went to go do the dishes. As he was washing them, he got a notification that there was a Pikahoe nearby. He wonders what this could mean, until his eyes changed focus to outside. There she was, super hot and extremely tiny. This should be an easy catch. Sean decides to try and be the very best, like no one ever was. He suits up in his trainer gear and goes on the hunt. He must have followed that Pikahoe all around the city because shes so smallswift and always manages to run away. As hes about to give up, she respawns right there in his living room! Time to turn his hat back and get those balls moving. He traps that Pikahoe and finally got her. Now that shes captured, its time to train. The only way to level up a Pikahoe is with hyper jizz potions and rare dick. Sean was prepared. He crammed that tight Pikapussy with some pallet town penis until that Pikahoe felt that thunder shock throughout her entire body….