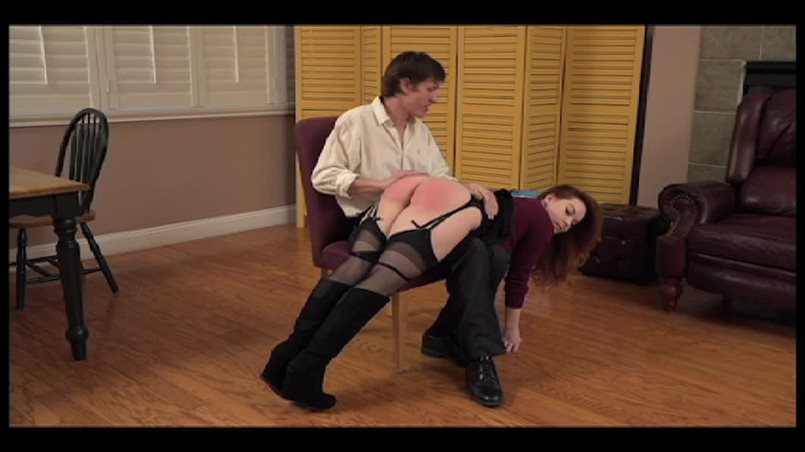 Their contract was unbreakable, drawn up and signed by both roommates. It stated their responsibilities and the penalties for shirking them. Summer had chosen the spanking option. But whennbspnbspshe broke the rules, Kyle wasn39t about to let her off with a warning. He meant to enforce their agreement to the letter, which meant that he had to spank her.Summer tried to beg off, citing an upcoming nude modeling engagement as a reason for excusing her this once. Kyle was prepared for this punishment dodge and assured her that he would ice pack her bottom thoroughly at the first sign of marks, and then soften it with cinnamon icing lotion. So over his knee she went, for a well deserved punishment spanking, on her beautiful, creamy white bottom.