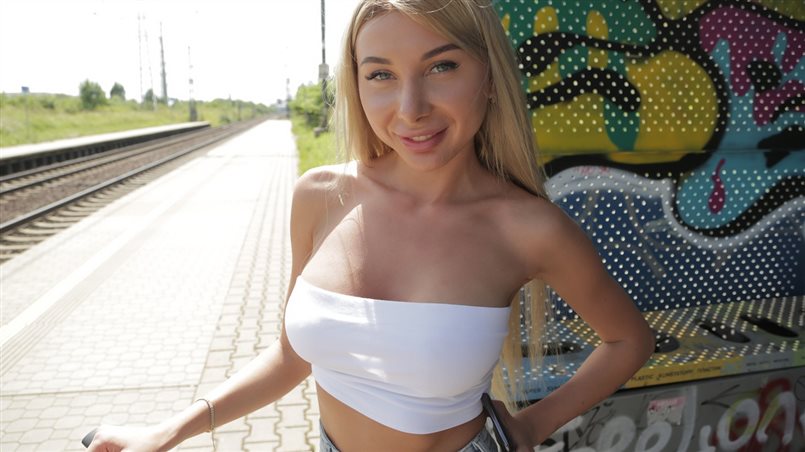 I saw stacked blonde babe Marilyn Crystal waiting for a train by herself, so I decided to strike up a conversation. Marilyn was going to Brno, which was a long journey, so she was interested in the distraction. Because she had a nice figure, I asked her if she went to the gym, and she did, two-to-three times a week. That must have been why she had such a nice ass! I told her I worked for a bikini agency and was looking for models, and offered some money if she would do a casting. It took no convincing to get her to flash her pretty boobs, and when I touched them, she bit her lip. Soon enough she was sucking my dick in the station, but we got caught by a security guard and had to run! In a more private location, I fingered her pink pussy, then fucked her wetness until I could cum in her mouth!